July 14, 2013
In honor of Doctor Who's 50th Aniversary, Puffin Books is launching a series of Doctor Who short stories on e-book format. The series will total 11, one for each doctor, which will be published every 23rd of every month until November.

Something Borrowed by Richelle Mead #6 (Summary from Goodreads)

A wedding on the planet Koturia turns out to be a far more dangerous proposition than the Sixth Doctor and Peri ever expected. It marks the return of a formidable old foe whose genius matches the Doctor’s. Can the Doctor outwit this villain, save Peri and stop the wedding in time?

Something Borrowed moves in a pace that resembles an actual Doctor Who episode on TV. But it is an exciting, fast-paced and adventurous romp through an alien planet called Koturnia, patterned after what else, but Las Vegas, the city of glitz and glamour. And of course, what is Vegas without a wedding? Or ravaging pterodactyls? Aside from the chases and captures and general running around, I enjoyed the banter between Peri and the Sixth Doctor. I get the sense that both of them loves bickering and sarcasm. Much like Donna Noble and the Tenth Doctor.  Vegas and a wedding seems all too "The Hang Over". Never could I have imagine it to be a Doctor Who story but now, I have changed my mind. This was one fun and crazy adventure worthy of The Doctor. 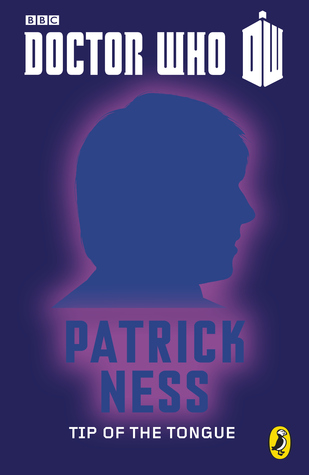 Tip of the Tongue by Patrick Ness #5 (Summary from Goodreads)

In 1945, a strange new craze for Truth Tellers is sweeping the kids of small-town America. The Fifth Doctor and Nyssa soon arrive to investigate the phenomenon, only to discover that the actual truth behind the Truth Tellers is far more sinister than anyone could have imagined.

This is a story where The Doctor hardly every makes a considerable appearance, (for those who watch the tv series, it's like the episodes: Don't Blink and Love and Monsters) Instead, the tale is told through the voices of kids named Jonny and Nettie. But it is not to say that the story isn't good. I love how Ness portrays the young adults. They are young, impulsive, and gullible perhaps, and really mean at times. But most often there are those who are strong and smart and brave. The story has less of the fireworks and chases and creepiness that may be a typical Doctor Who story but rather it has an air of mystery to it. On the downside, I hardly got to discover anything about who the 5th Doctor was. Nor about his companion Nyssa. Save perhaps for their choice of wardrobe. Although The Doctor did the requisite asking of whether one would be interested in travelling as his companion, which made me quite happy. And I loved how the story was summed up, with a quote that speaks about the magic of time travel: "Anything is possible."

The Roots of Evil by Philip Reeve #4 (Summary from Goodreads)

When the Fourth Doctor takes Leela to visit an immense tree space station known as the Heligan Structure, little do they know that the tree has been asleep for centuries, dreaming of vengeance against a man in a blue box… As the tree awakes, the Time Lord and his companion soon discover why they are such unwelcome guests.

What I loved about this one is that, unlike the other two, I was able to form a much clearer picture of the 4th Doctor and the companion Leela. The scarf wrapped 3x around his neck, the hat resting on his mop of brown curls, the grin, the child-like and sometimes deity-like demeanor. And Leela, a forest dweller and warrior of the Sevateem, always ready to stick out her trusty dagger in case of danger. The arrival of the Tardis was also written in such a way that I could actually hear the whoosing in my head! Plotwise, it touches on the timey-whimeyness of time travel. Of how The Doctor's future self (his 11th incarnation to be exact) seemed to have done something ahead of him (the 4th), seeing as this is the first time he ever set foot on this tree structure, inciting the hateful and vengeful feeling the people of Heligan now feels towards him. All in all, I enjoyed the story. It has action and mystery and shows a much clearer depiction of The Doctor, his personality and this time travel business of his and about how much we humans love to exterminate, as much as a Dalek, when we cannot subjugate.

I really had a great time with these three shorts, I will definitely love to try the other titles. I am especially eager for the 9th, 10th and 11th issues, since those are The Doctors I know. I am also quite excited to find out who are the other authors that they'll commision to write. Thank you Puffin for this e-shorts, it's a wonderful way of celebrating an anniversary. Happy 50th Doctor Who! And for Time Lords, I assume 50 years would probably be just one tick. So I hope there will be more years to come!

Popular posts from this blog 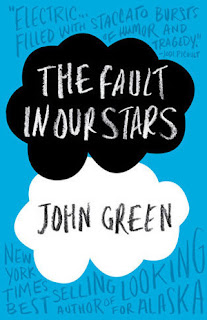 The Fault in Our Stars by John Green - 4/5 Stars Now I know what all the hubub about TFIOS is about. Sure the hype is well deserved, but had I read this at a different time, I would have raved about it. But I am old AF and I think I am a little less dazzled by young love of this kind. The story is pretty basic and so are the characters.For me, it is the dialogue that stands out. John Green is a superb wordsmith. He can string a lot of quotable quotes that stirs all the right bits in your heart.    Annihilation by Jeff Vandermeer - 4/5 Stars  Weird ass book, this. And I loved it. It's ooky, kooky, icky, and all other sorts of oky! It's like an Amazon Jungle Twilight Zone thing. More than the mystery, I love how the protagonist (The Biologist) is written. It is largely very character driven, and I felt all of her frustrations and sadness and grief and curiosity. I think, I'll take a bit of a breather though before taking on book 2, Authority. Because Area
Read more 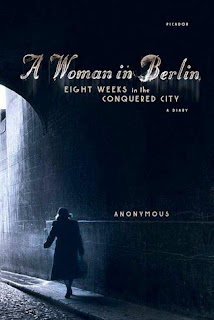 August 2016 - Required Reading Report: 1. The History of Love by Nicole Krauss - (5/5 Stars) I got to attend the face to face discussion on this! Okay, we were late. And the long table was long so I wasn't able to truly listen to everybody's insights. But it was great! The book is great! Although a few people in our group felt lukewarm towards it. And I get why. Or at least, I think I do. It's kind of fanciful rather than grounded from life. It's a tad telenovela-ish, if you know what I mean. And one of the book club members even mentioned something about Leo Gursky being caricaturish. He's not someone you would encounter in real life, he says. And yeah, he may be right. Krauss sort of strings him along on these antics. Dropping change all over the floor, hassling the shoe sales person, posing nude for an art class. And this guy, he's 80 years old! And then there's Alma, one of the protagonists, who is also on the peculiar side. In fact, I was asked du
Read more